Unlock NYC is a women-run tech collective, building tools to make the housing search process transparent, fair, and free from discrimination. Everyday, New Yorkers are denied the chance to apply for a home simply because they receive government assistance to pay for rent. Saying "no vouchers, no Section 8" etc. is illegal in New York - and we work with voucher holders and housing rights advocates to create digital tools that make it easier to recognize, record, and report this discrimination. 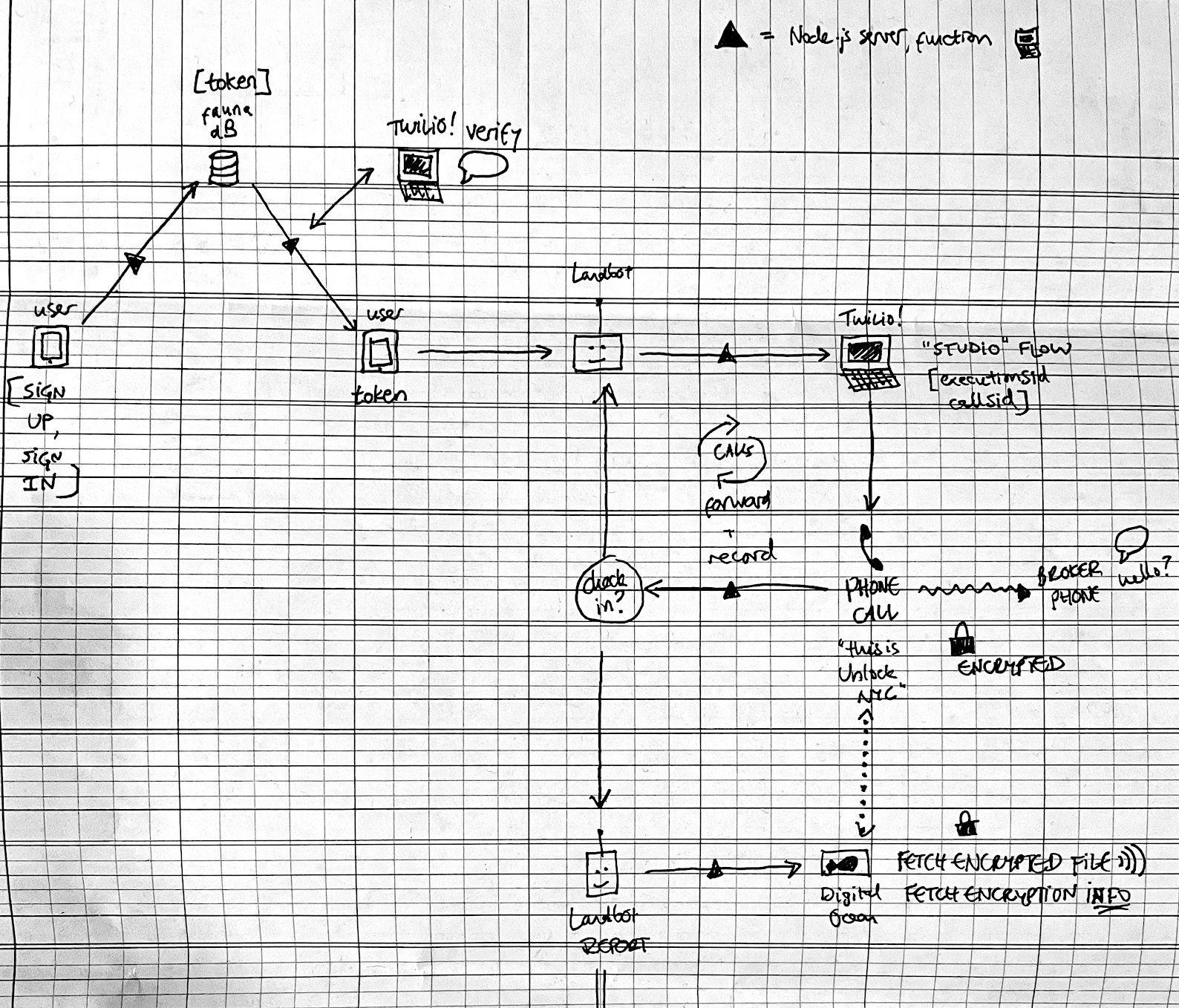 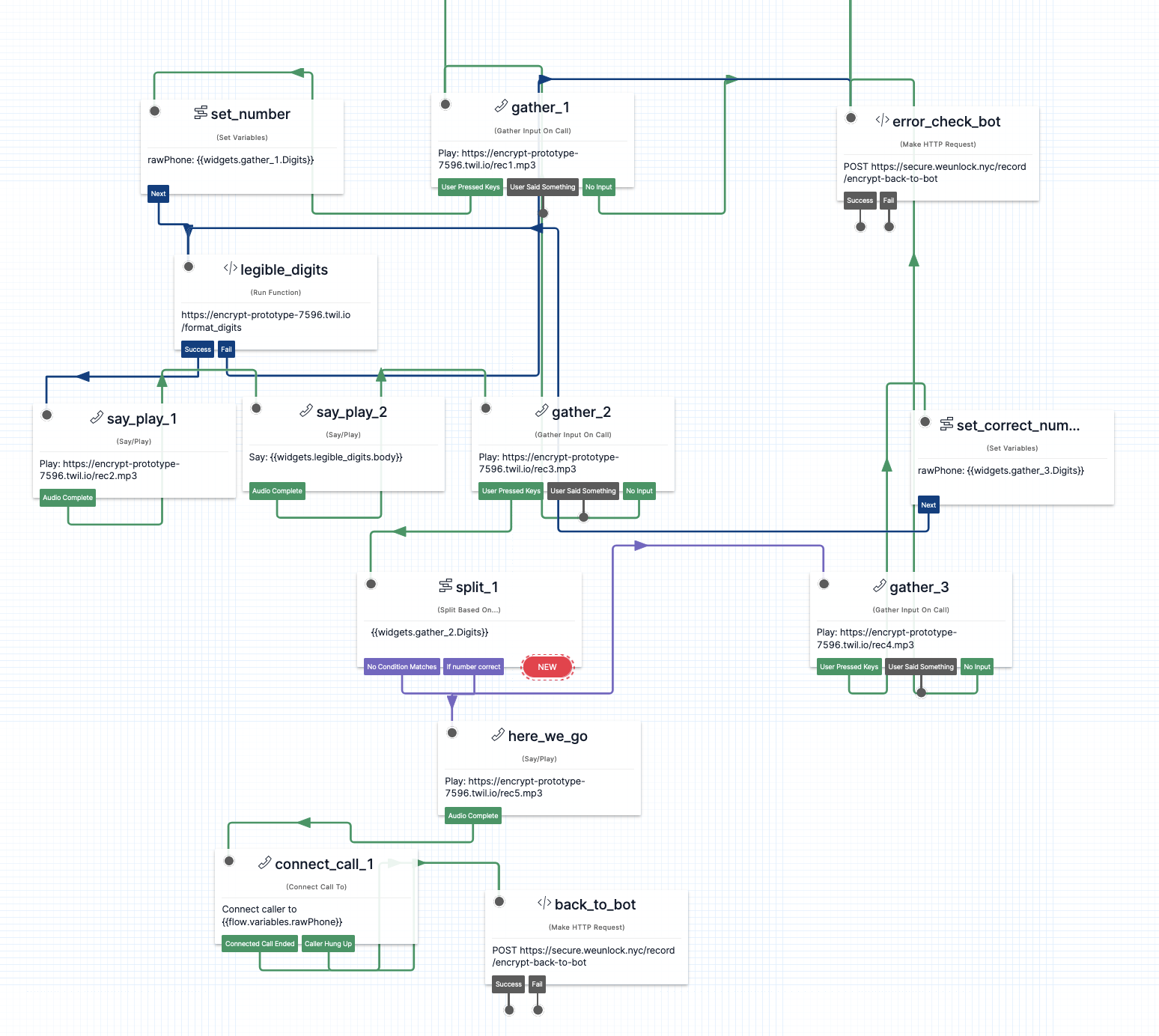 Since 2019, we've built a know-your-rights chatbot, launched an encrypted phone call tool for recording and reporting this kind of discrimination, and we maintain a secure database for storing and sending reports to advocates. We're cultivating a user base, building a city-wide voucher discrimination dataset, and we've analyzed our current findings and written a report on source of income discrimination along with the member-led organization Neighbors Together. See Unlock NYC's press coverage. 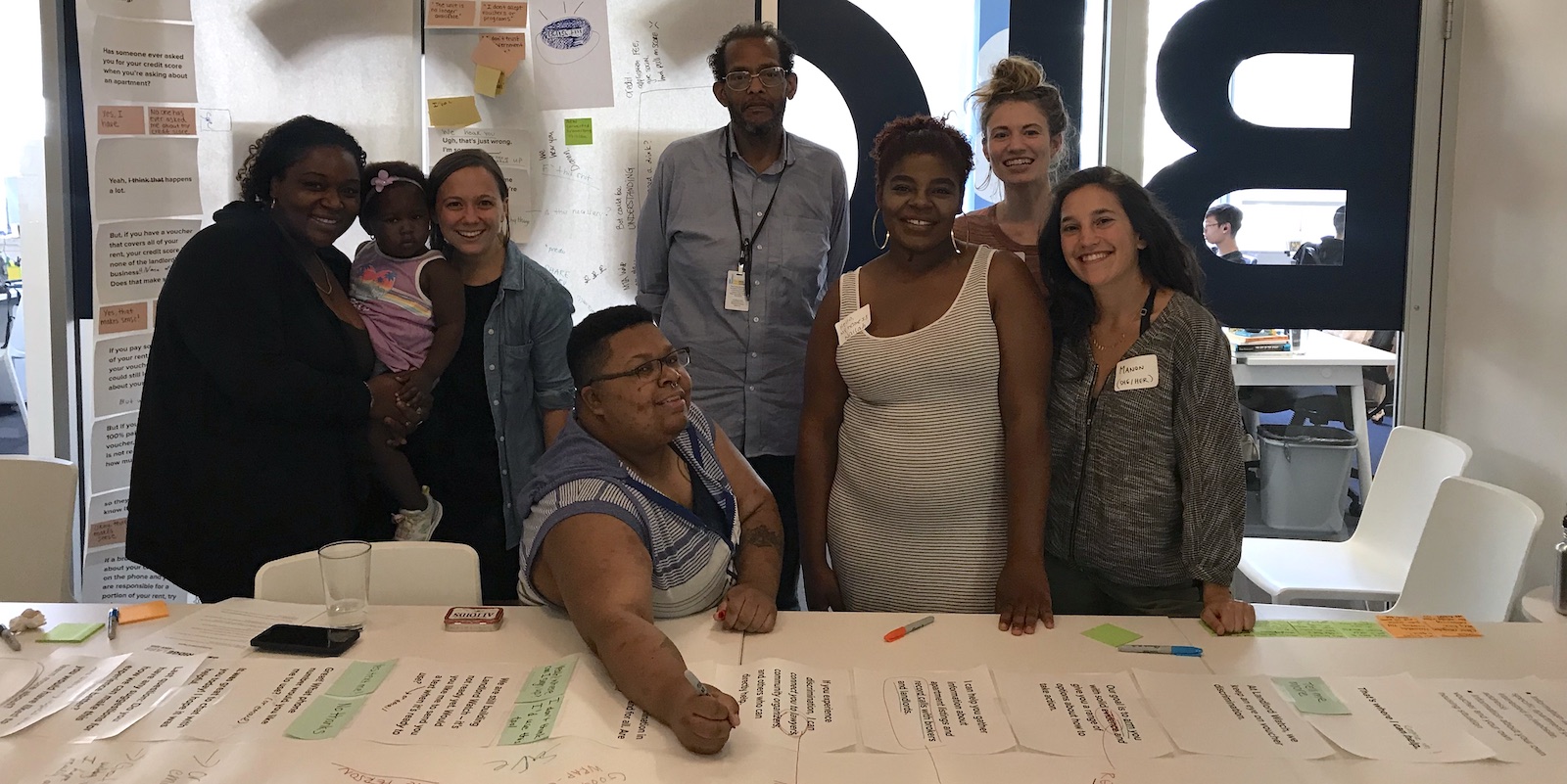 Unlock's earliest iteration was called "Landlord Watch." From the early days of research, interviews, and recruiting collaborators, to weathering what happened to city agencies during 2020 (😱), to prototyping, testing, and launching multiple web tools, we remain committed to centering lived experience as expertise.

Concerns of data security, accessibility, and doing right by our users have been paramount during the iterative design and build process. 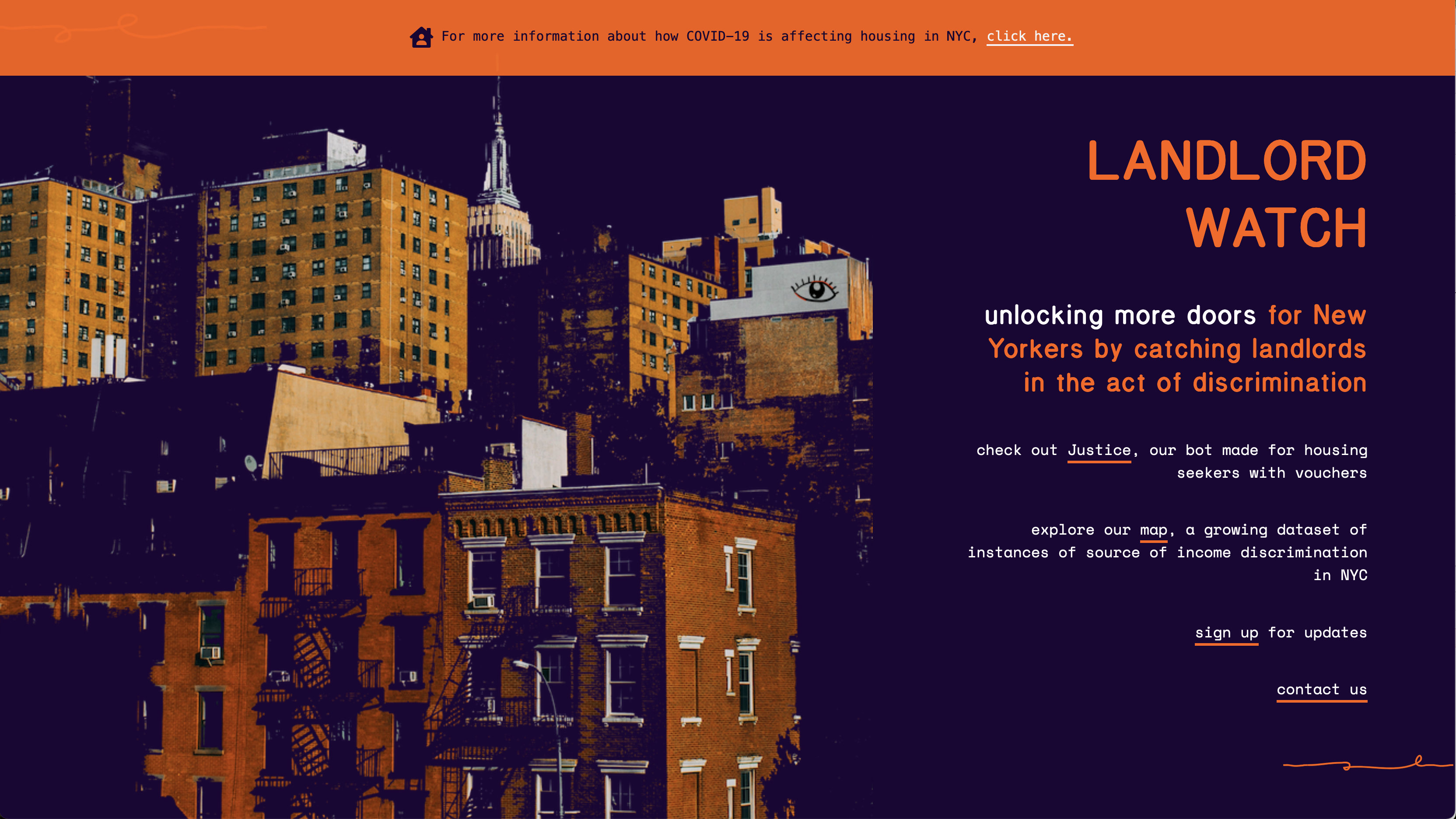 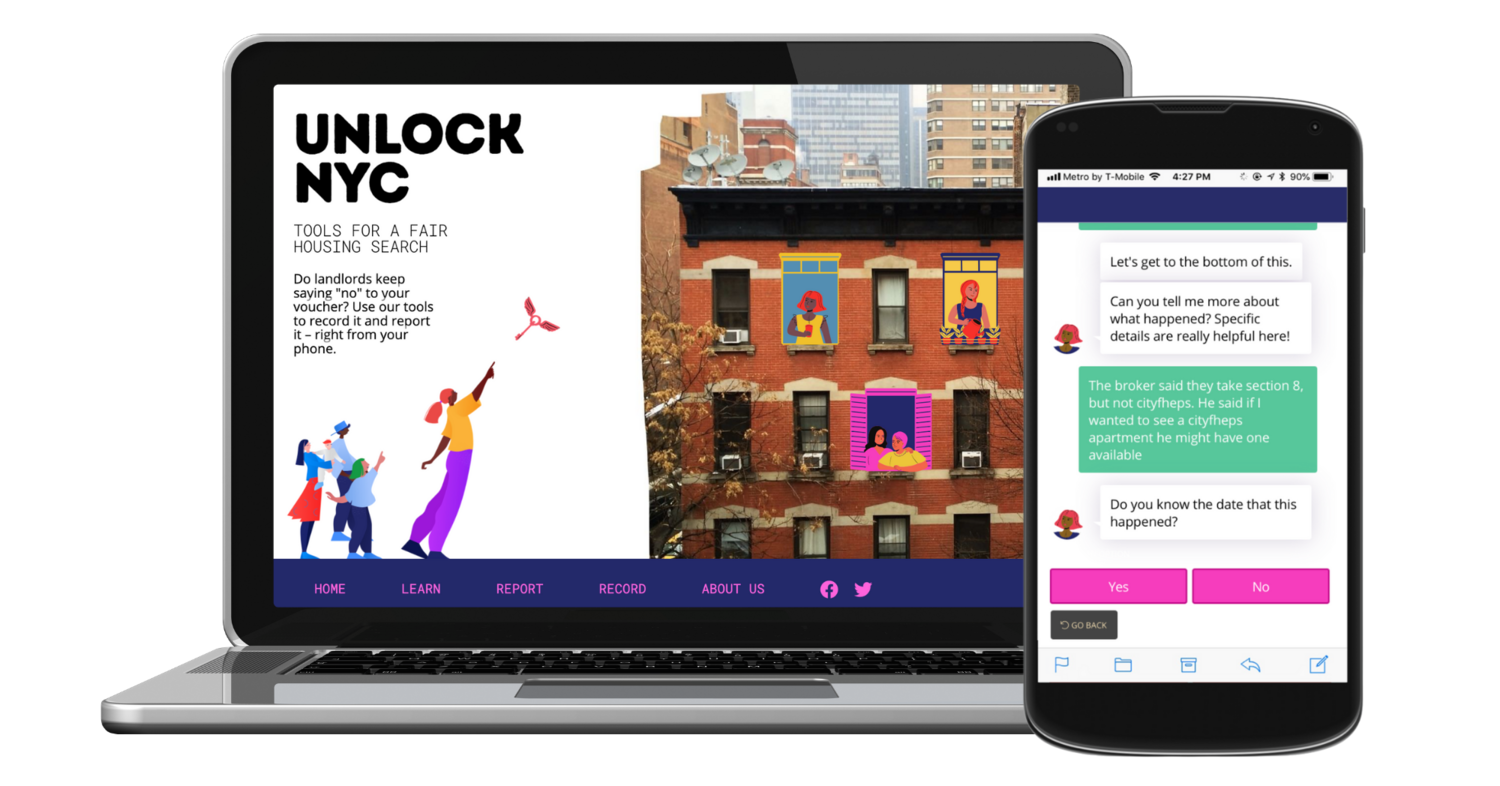 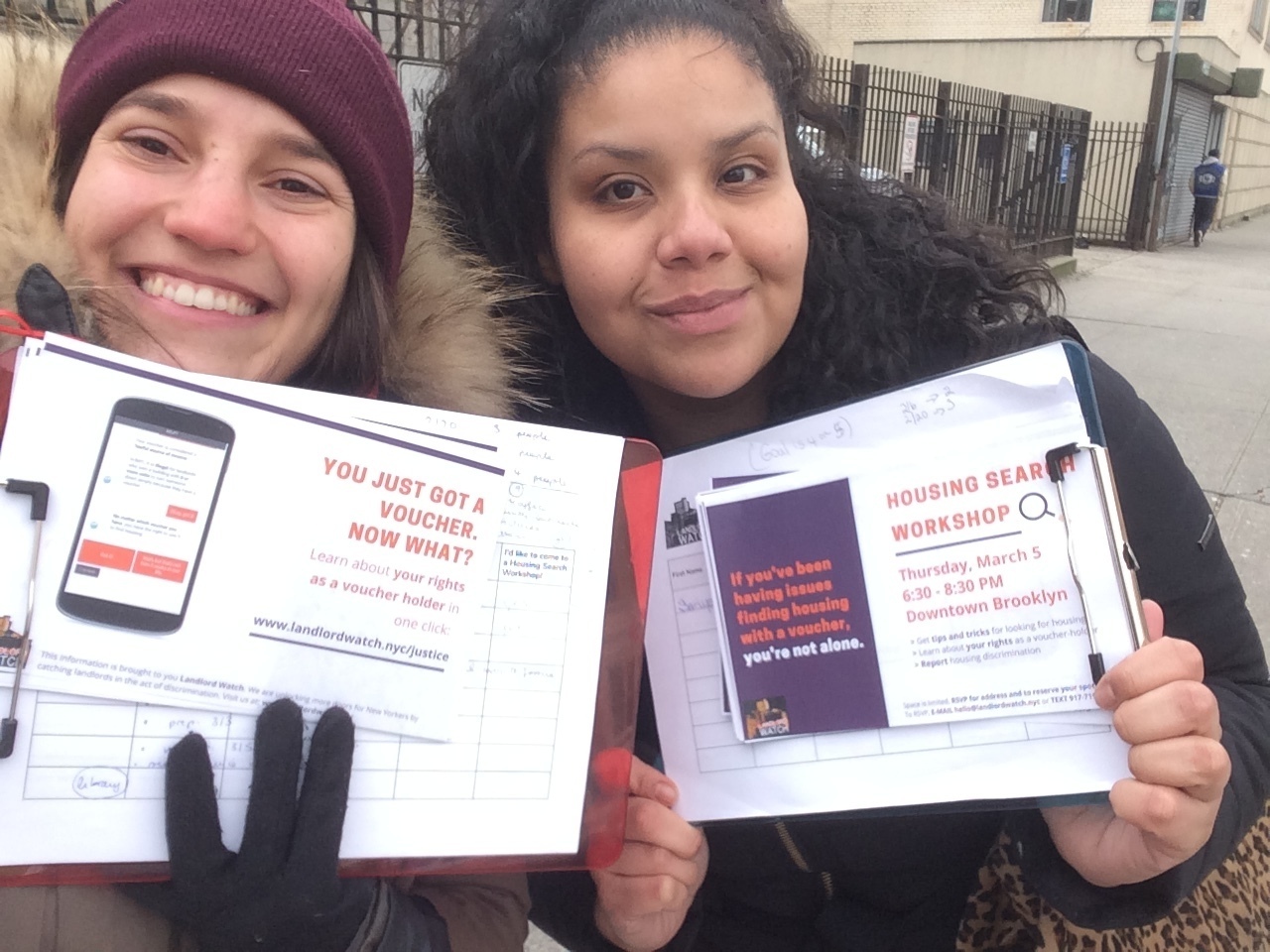